A Los Angeles-based institution that is recognized for its core values of Jewish learning, culture, ethics, leadership and peoplehood, the American Jewish University is considered one of the most innovative and largest Jewish institutions within the United States. Boasting two campuses and a library with more than 120,000 volumes, the university aims to provide its students with a variety of educational experiences that lead to rewarding lives, both within the Jewish community as well as society at large. Yet in seeking to fulfill this mission, university leadership understood the critical role that a reliable Wi-Fi connection played in providing each student with the tools that they need in order to achieve the highest level of success.

Despite a recent bandwidth upgrade to 200 mbps, students and staff at the American Jewish University frequently voiced complaints regarding dropped connections and slow internet performance speeds. This was due to the fact that some areas of the campus simply did not receive a good signal coverage, while other areas struggled to provide more than 50 mpbs of bandwidth. Initially attempting to overcome the issue by adding additional access points around campus, university personnel noted little improvement and ultimately resolved to seek out the insight of a reputable industry professional.

By leveraging the expertise of HIS, university leadership discovered that one of the root causes responsible for substandard internet performance was the use of outdated access points that could not transmit a strong enough Wi-Fi signal, and slower infrastructure. Following HIS’ recommendations, the university opted to install Ruckus R510 and R610 smart Wi-Fi dual-band access points. Also implemented was a Brocade 1 Gbps switching network and the HIS proprietary FUSION network gateway solution.

“A functioning and reliable Wi-Fi connection is an indispensable service that today’s university students expect in order to maximize their educational experience, yet prior to the HIS upgrade, outdated network equipment meant that troubleshooting efforts were commonplace and our campus was challenged to facilitate large events,” says Moshe Yalovsky, campus technology director at the American Jewish University. “Since working with HIS, however, we have experienced a dramatic improvement in Wi-Fi service quality, and have received positive feedback from our constituents. By including FUSION, we are also able to have more control over our network, such as the ability to set the amount of time that passes before a user is asked to authenticate themselves again.”

With the implementation of FUSION, the American Jewish University is further able to safeguard its students and staff with a fully secure network. FUSION security features include the automated scanning for potential network weaknesses and the ability to receive regular software updates. FUSION also works to shield sensitive data such as credit card transactions and banking details against the threat of hacking. 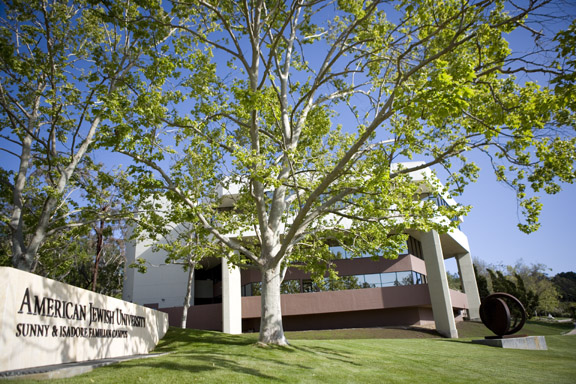